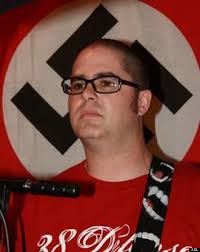 First off, I was asked to wish my American conservo-libertarian friends a good afternoon from my Likud friends in Israel – we wish you a boker tov!

I’ve been busy working on a new project at the day job and haven’t had time to react to the Oak Creek shooting. I was out celebrating with my sweetheart that day and came home to learn about a shooting in Oak Creek. The first thing that came to mind when I heard Oak Creek is one of the Nazi groups has met at their library in the past. Strange coincidence. Also, has this guy ever played the one person shooter video games produced by the movement wackos? Hmm. Interesting.

It goes without saying… Wade Michael Page is a worthless piece of filth and so are the people who support him. Really, White racists… if you are going to commit suicide, go into a bathroom, lock the door, and slit your wrists. And, do it the right way or you’ll just make a mess. (Then you’ll have to wear gloves to rallies & have someone else button your shirts until you finally expire.) Even better, take a bunch of pills and mix it with some alcohol.

Seriously, what is with you White Nationalists? You kill toddlers, you beat your wives, you have children all over the country, you live in trailers that resemble an episode of Hoarders, you plot terrorist activity, make threats against the president & run off to Mexico, and countless amounts of domestic violence. You have convicted pedophiles like Steve Turpel and rapists like Jon Snyder. And then there’s the meth… sigh. The list goes on and grows. Is there ANYONE there who doesn’t have a criminal record? Nah, just a bunch of narcissist sociopaths.

I think we should let them live collectively an island. Alcatraz would work perfectly.

“I write to understand as much as to be understood.” – Elie Wiesel